Is It Time To Quit Twitter (Or At Least Take A Break)?

Is It Time To Quit Twitter (Or At Least Take A Break)? 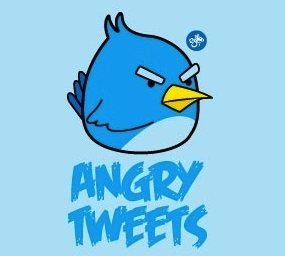 Has one of the major social networks, Twitter, run it’s course?

It’s the place where connections are made, views shared and breaking information broke. It’s turned into the primary communication channel for the world’s elite, especially the President of the United States. It’s also the platform where lives changed, myself included.

As time goes on, not only people change, but the social network changes as well. Leadership changed few times. New technologies and other social networks have evolved. The question is it to quit or at least take an extended break?

How did we get there though?

The year was 2009 when I first signed up for the service. Truth to be told, I didn’t understand it. No clue how to find who to follow, or what these words with the “@” or “#” were.

One of the few accounts I followed was Social Boston Sports, a social group in Boston that emphasizes in sports had a joint what was once known as a “Tweetup” in injunction with “Boston Tweet Up.”

While being uncertain if I had a desire to go to a such an event, I ended up attending only not knowing that single night would ultimately end up changing my life.

From there I routinely attended tweetups and the domino effect happened where I eventually got a job in digital marketing because of it at a time brands wanted to jump on the social media bandwagon, but few had actual experience.

Once in the digital marketing field, the learning, keeping current with the latest in digital marketing and networking on Twitter continued, including some Twitter chats on social media, SEO and digital marketing. Some of the networking down on the platform turned into face-to-face meetings and few turned into real off-platform friends. I go to baseball games with one, talk on the phone or text message a few, especially if I pass their city. Writing assignments were also gained on there.

The platform was also the place for breaking news and the prime spot to get real-time sports reaction, the two main reasons for being on Twitter. Got to “witness” some of the biggest news stories unfold on Twitter the past decade.

Things have changed the past year, if not two years.

Twitter made it’s way for video, which has been a failure so far in my opinion. Tweets started to appear out of order. Tweets that were liked by those you follow started to appear as well. Both of which isn’t the point of the “real-time” platform is to it’s core. Gifs were implemented which I personally loved.

Those I followed for sports turned negative. Nothing positive at all about the teams followed & some of these teams have been first place teams. They “defined what made one a fan” and all the minor negative aspects of the team(s). It also got to the point it turned personal among some.

Those who had a big national following in news have always received negative tweets, some of which constantly appeared on my timeline from those I follow for other reasons, but the quality increased.

On the marketing front, it became a place it was difficult for brands to be effective. It’s always been that way, but even more so. For the right brand, it’s an excellent platform. It’s not for every brand.

It’s got to the point where the negativity became too much, especially for those of us who like to see the positive side of things.

What’s good for the platform now, besides a single communication channel for elite and those who want to be overly negative? It’s still a go-to spot for breaking news, and will be for the foreseeable future.

Maybe it’s time for a break, but my head feels “less cluttered” since starting the break a week ago. Don’t feel like I’m missing out on anything.

Will this be an extended break… Who knows? Due to the nature of my field, it won’t be permanent, but it’s still something to consider.

About the Author: Clair Wyant